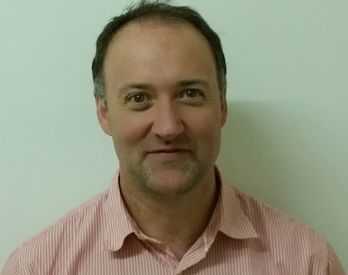 Jeremy is our principal podiatrist with extensive experience working in the healthcare sector having completed degrees in both Podiatry (Hons) and Nursing with his honors thesis on Plantar Fasciitis (heel pain).

A member of the Australian Association of Musculoskeletal Medicine, Podiatry Board of Australia and Sports Medicine Australia, Jeremy specialises in the diagnosis and management of chronic and acute musculoskeletal conditions affecting the foot and ankle, such as Heel Pain and Achilles Tendon Injuries, offering treatment options considered to be at the forefront of podiatry.

Jeremy’s skill set enables him to treat a vast array of conditions affecting the foot, ankle and lower limb with treatments ranging from the more simple skin and nail management to the more advanced such as tendon and ligament injection therapy, nerve injections, orthotics and dry needling. Jeremy also has a keen interest in Sports Podiatry, treating the weekend warriors as well as the more serious competitor in sports such as basketball, football, track and feild and netball.

Jeremy regularly attends interstate and overseas conferences and workshops to update his knowledge and skills.

Jeremy is married and has three beautiful daughters.  He is a passionate surfer, regularly getting in a sneaky quick pre-work session, and making Sunday morning breakfast for his family – mainly because that is the only time his wife will let him into the kitchen!!

Antoni has been with Lefort Podiatry since 2011 after graduating from Latrobe University with a Bachelor of Podiatry degree. In addition, he is currently undergoing a PhD via Monash University to better understand the lower limb profile of children that toe walk.

Antoni is currently the Chair of the Paediatric Special Interest Group for the Australian Podiatry Association (VIC). He has presented numerous times at Australian Podiatry Association Victorian State Conferences and Special Interest Groups. He was the 2014 winner of the Jennifer O’Meara Memorial Award for outstanding achievement for a young podiatrist

Antoni has a special interest in Sports podiatry, having been an accomplished young athlete himself, he is fast establishing himself within local sporting groups. He currently treats football players within the Eastern Football League as well as junior and senior players of local basketball and netball teams.

He is also our resident Paediatric Podiatrist, currently working in a public capacity for Monash Health in their paediatric gait clinic and undergoing his specialization of paediatric podiatry.

Antoni is proficient in advanced podiatric treatments including prolotherapy, dry needling, shockwave, joint mobilisation and orthotic prescription enabling him to treat common sports related injuries and complaints such as Heel Pain, Stress Fractures and Achilles Tendon Pain.
.
Antoni is a member of the Podiatry Board of Australia and Sports Medicine Australia.

Antoni is currently available for consultations at our Forest Hill clinic on Mondays, Thursdays and Saturdays.

Faz completed a Master of Podiatric Practice in at La Trobe University and joined Lefort Podiatry in 2017.

Faz enjoys and is proficient in all aspects of podiatry from general foot care to the more challenging musculoskeletal conditions. He is skilled in musculoskeletal treatments and orthotic management. 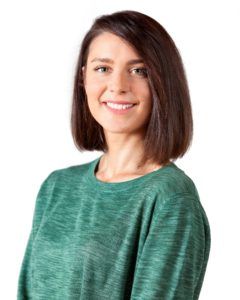 Julia graduated from La Trobe University with a Bachelor in Health Science and Master of Podiatric practice. During this time she also worked and studied in Scotland under UK’s National Health Service system. Subsequently Julia has enjoyed working in both rural community health and private practice settings.

Julia is passionate about providing comprehensive and holistic assessments and treatment with a gentle approach. Although she enjoys working in all areas of podiatry her particular areas of interest include diabetes care and sports injury management.

Julia enjoys keeping fit and participating in medium and long-distance running events throughout Victoria. As such she is keenly aware of the relationship between high impact sports and their effect on the feet. Her background working for Sole Motive providing specialised footwear fitting inspired her desire to continually stay abreast of the latest running shoe brands and styles.

Julia believes providing foot health education together with treatment in her consults as the best approach for optimum long term foot and leg health. She is dedicated to staying up to date with the latest evidence based research by regularly attending professional development seminars to provide the best possible care for her patients. 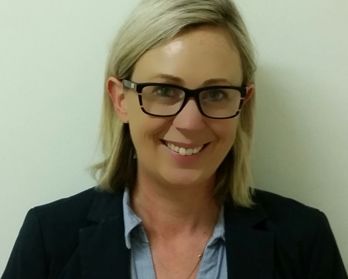 Sindi has worked as a Registered Nurse for the past 15 years in the acute care setting, but has recently ‘hung up her stethoscope’ to take on the role as Practice Manager for Lefort Podiatry.  As practice manager, Sindi ensures the day to day needs of the practice are being met,  Whilst she is often working behind the scenes, her friendly face can be seen on the reception desk every  Friday.

Sindi is the mother of three beautiful young girls, and likes spending her spare time at the gym, cooking, watching reality television, and doing yoga.  She also maintains a keen interest in healthcare ethics. 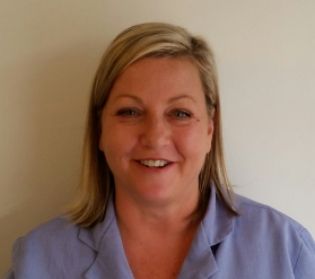 Louise’s cheerful, smiling face can been seen at the reception desk on Monday to Thursday. 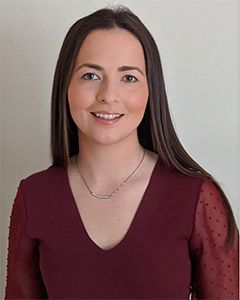 Laura has been with Lefort Podiatry since 2019 and graduated from Latrobe University with a Bachelor in Health Science and a Masters in Podiatric Practice in 2017. Laura is a friendly and approachable podiatrist who prides herself on developing good relationships with patients. She enjoys every aspect of podiatry and has an interest in lower limb sports injuries, paediatrics and treating and educating those with chronic conditions.

Laura has previously coached Athletics, soccer and futsal. Her knowledge in these areas gives her a deeper understanding of the importance of injury prevention. When not working Laura enjoys playing soccer for a State League 1 team and is a keen equestrian rider in her spare time participating in show jumping and mounted games. Laura also has experience in providing the following treatment techniques, Dry needling, soft tissue massage, orthotic prescription, extra corporeal shockwave therapy and Photodynamic antimicrobial Therapy (PACT). Laura is available for consultations at the Forest Hill Clinic on Wednesdays.